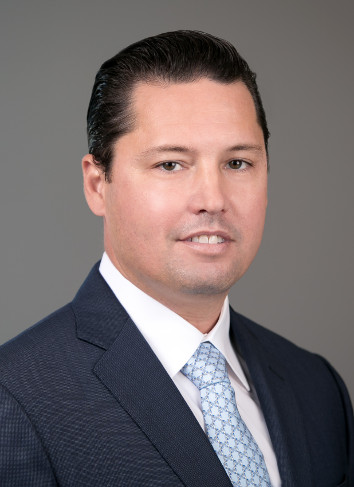 Our President, Michael Contursi is on a personal mission to give people access to the rare coin market through thought leadership and education.

During his youth, Michael was constantly surrounded by rare coins and other high-end collectibles. Michael was fascinated by the allure of rare coins, always wondering whose hands these treasures passed through and what was happening around the time period they were made. He was captivated by valuation and how prices were determined.

While attending college, the nation was attacked on September 11th, 2001. Based on his great respect for our country, Michael signed up for the Air Force the very next month.

After four years of service and completing his degree in business management, Michael was offered a position at Rare Coin Wholesalers in 2006. From that day forward, Michael’s life was engulfed by rare coins during the day and school at night until he completed his MBA in 2010.

As the years progressed, Michael fine-tuned his knowledge of the rare coin market under the mentorship of his father, world renowned numismatist Steven Contursi. He traveled all over the country attending numismatic events and networking with the major players in the market. Ultimately, he became the firm’s primary point of contact for all collectors, dealers and investors who did business with the firm.

While offering the largest inventory of United States rare coins in the world, he was personally involved in hundreds of millions of dollars of rare coin transactions. He is greatly humbled to handle some of the most historical and elusive United States rare coins, treasures that have been preserved and passed down for generations by prominent collectors.

As Michael looked to the future, he realized early on that the rare coin market has a very high barrier to entry to allow in new entrants. He found that the only access available to people who are interested in learning about this market is usually the national telemarketing companies that sell commodity coins as opposed to true rarities.

By sharing the expertise and knowledge his family has learned over the last 45 years, Michael educates people who want to know more about the market and are qualified to include rare coins in their family’s long-term holdings. The relationship gives them access to acquire the same elite assets that sophisticated collectors and dealers seek, while avoiding costly mistakes by working with Michael’s family and taking advantage of their track record of success.

Michael believes by properly educating people about this incredible asset class, the rare coin market will grow substantially, which will be a benefit for all.